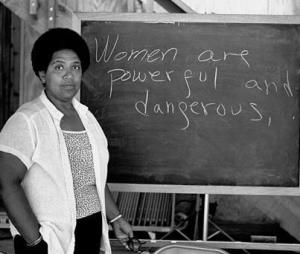 Without going into specifics I am going to stand up and say I have had my heart-broken. Looking back, even when I thought that I had surpassed the age of being young, dumb and full of c*m I really wasn’t. Here’s the thing though, after getting irrefutable proof  I took back my life and disregarded his low pedestal placement of me. Rather, I placed myself higher than what he had deemed I deserved and moved on. Out of that situation, I learned a few things.

While I am no relationship guru, I do know that the grass is not greener on the other side. I say with experience, stop settling for bullsh*t. I get that at some point we all settle for something. It’s not a matter of settling. Rather it’s choosing what to settle for. Too often, we are settling for things like money or someone to pardon our eggs on their death march that we forget our own worth. Contrary to the word on the street, money cannot buy you happiness. It does buy you false security. Eff what you heard and trust that just about everyone who has settled for bullsh*t has those hours in the dark of night when she sheds a tear for the whore that she has allowed herself to come all for the sake of the all american dream; a husband, which picket fence and 2.5 kids.

Today, is a new day. There is no need to “Act like a lady, and think like a man.” As matter of fact, stop trying. It is impossible. They really are from Mars. What you can do and should do is know your self-worth. Know and own up to it. You are deserving of someone who will treat you like a Queen and honor you . No one wants to be alone. I get it. But sometimes being together with someone is detrimental to your soul. At the end of the day, all of this here on earth will disappear. Your goal should be the riches of the afterlife where the bullsh*t of the world will be light years away. So on this new day in this new year, I wish you all strength and prosperity. I wish you serenity. The ability to make change. I wish you happiness and peace. Most of all, I wish you the ability to love yourself before loving someone else. I urge you to walk forward in the new year not with a resolution but a determination to succeed in this game called life. Stay beautiful. Stay bright. Most of all…stay well.  It;s a jungle out there and sometimes it will take you under.

Words of wisdom: “Ladies let me give you some advice: Men will treat you the way you let them. There is no such thing as “deserving” respect; you get what you demand from people.” Tucker Max

The answer to the world’s problems…

Error: Twitter did not respond. Please wait a few minutes and refresh this page.

A blog for the book “Kingdom of the Sun” and discussions on finding the Hope, Honor, and Happiness in education, life, and the seemingly impossible.

this is... The Neighborhood

the Story within the Story

The world through my eyes

"They say motivation doesn't last. Well neither does bathing, that's why we recommend it daily."

Seek first the kingdom of God and his righteousness. (Matthew 6:33)

The Snowball Effect - Kristin Barton Cuthriell
The Ease Of Being

Tuned in, Tapped in and Turned ON!