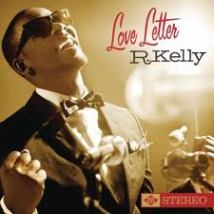 R. Kelly and I go back. I am talking about “Born into to 90’s” and popular song, “Slow Dance” back. That was 1992. I was 12. I am now 33 . Over the years, I have been an avid listener of R. Buying his albums and/or specific songs here and there. Over the years, I heard about the allegations that R. had a problem. A criminal problem. One that revolved around him dealing with underage girls. I remember the media coverage (what little there was) of his marriage to Aaliyah . When the infamous sex tape dropped, I remember crowding in one of my college classmate’s rooms and watching. It was gross, yet I watched and then filed it away.

The day his newest album dropped, Twitter went HAM with the hashtag that he started, #ASKRKELLY. Soon after, article/blog post started hitting the airwaves pointing/questioning the masses that supported and continue to support R. I too found myself asking the same question and even participated in some brief dialogue on Facebook, which can be read here and here. Hear me when I say this, I DO NOT SUPPORT ROBERT SYLVESTER KELLY’S DISPICABLE BEHAVIORS. Nothing about his crimes against young girls is acceptable. However, after reading Jamilah Lemieux post this morning on Ebony, I realized this:

The psychology of it though is that people learn how to disassociate from the things about a person that bother them and accept the rest. We do it every day. Some more than others. It is a coping mechanism.

Deep down, even R. Kelly Stans have admitted that R. is a PIG! He has destroyed many a young girl’s lives. His behavior is unacceptable. However, when we live in a world where every time we open our eyes there is some ugliness permeating the year we choose what we want to deal with. Say what you want, “Step in the name of Love” is a damn good song. I love stepping to it. And I definitely can relate to what he says on “When a man lies to a woman.” What woman who has been lied to by a man can’t. However, in retrospect by supporting him, are we really helping him come to terms with the fact that he has a problem? Or are we continually perpetuating his bad behavior? True, who are we to judge. But who are we to not judge? *Raises Hand* I disassociated myself from many of R. Kelly’s actions. The irony… I have been victimized. I had a part of my innocence stolen. I thank God, that videotaping wasn’t big. i don’t need any visual reminders.  One mayask how it is that, I can listen to a man who has perfected the art of victimization. My only response…I do not address that part of his life. I listen to his music the same way that I deal with my abuser… I dissociate. Years later, doing just that has allowed me to cope. That and giving it to God.

After much thought, I have come to terms with the fact that I am indeed a part of the problem. Everytime, I buy his music I am supporting his financial ability to continue victimizing young girls. As a former victim, I can no longer do that. R. Kelly is at the helm of a lot of positive moments in my life and for that I thank him and his efforts. While I won’t forget those positive moments or stop listening to those songs associated with those positive moments, I will not be buying”Black Panties,” or subsequent music from him. At some point even if it hurts, one must take a stand. While I won’t condemn others for not taking the same stand, I do say ask yourself, “What if I was his victim?”I will continue to empower young girls (and boys) to respect themselves. I remember what it felt like when an older man paid attention to all of my curves. Luckily, in spite of my victimization I have always been conscious of how far I put myself out there when it came to the opposite sex. My mother made sure to remind me how beautiful I was and I did not need some man to reaffirm that. Unfortunately, some of these victims do not have that. I will continue to speak out against R. Kelly’s along with all other guilty parties crimes against women. Moreover, while I occasionally will play some of his in better taste music, I will not buy anymore. I aim to be a part of the solution not the problem

“I have learned this: it is not what one does that is wrong, but what one becomes as a consequence of it.”  -Oscar Wilde
In health,
Maliyka

The answer to the world’s problems…

Error: Twitter did not respond. Please wait a few minutes and refresh this page.

A blog for the book “Kingdom of the Sun” and discussions on finding the Hope, Honor, and Happiness in education, life, and the seemingly impossible.

this is... The Neighborhood

the Story within the Story

The world through my eyes

"They say motivation doesn't last. Well neither does bathing, that's why we recommend it daily."

Seek first the kingdom of God and his righteousness. (Matthew 6:33)

The Snowball Effect - Kristin Barton Cuthriell
The Ease Of Being

Tuned in, Tapped in and Turned ON!